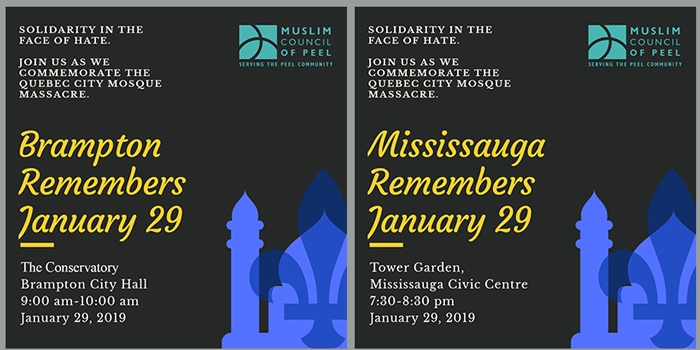 The Muslim Council of Peel (MCP) will be hosting vigils on Tuesday, January 29, 2019 in Mississauga and Brampton to mark the second anniversary of the attack on the Centre Culturel Islamique de Québec, in which six men lost their lives and countless others were injured.

Vigils will take place at the Brampton City Hall Conservatory at 10:00 am, and the Mississauga Civic C Banquets, on the 12th floor, at 7:30 pm, and will feature addresses by Mayors Brown and Crombie, Community and faith leaders will also be present. 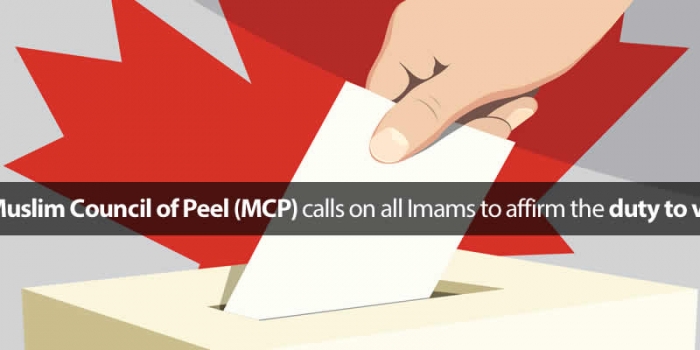 MCP calls on all Imams to affirm the duty to vote

Media Release: March 19, 2022 The Muslim Council of Peel, MCP, commends the heroic acts of the congregants who subdued and held the attacker down for police to arrive. MCP...