Over 10% of the Peel population identifies as Muslim. Today marks the 30th fast as the month of Ramadan comes to an end at sunset. The night precedes the day in the Islamic lunar calendar. Tonight will be the beginning of the month of Shawal and Muslims in Peel will join over 1 million Canadian-Muslims waking up to a feast after the breaking of the fast or Eid-ul-Fitr on its 1st day, Wednesday July 6.

There are over 30 locations in Peel Region holding congregational prayers including mosques, Islamic centres, parks and community centres. The largest gathering will be the Hershey Centre organized by Jame Masjid Mississauga otherwise known as Coopers Mosque.

Based on Prophet Mohammed’s tradition, Muslims will have something sweet for breakfast, dress their best and attend a service making sure they pay in charity equivalent of a meal before praying. The prayer will be followed by a sermon and Muslims will collectively supplicate for peace, justice and protection from evil for all of humanity.

The rest of the day will be filled with visiting family and friends and attending other festivities. Muslims will greet each other with Eid Mubarak and other traditional sayings. The Muslim Association of Canada will be holding a day long festival at Payal Banquet Hall in Mississauga which will include lots of activities for kids and a bazaar.

More details about prayer sites and events can be found at

Eid Mubarak on behalf of the Board of Directors of the Muslim Council of Peel and its member organizations:

Media Release: March 19, 2022 The Muslim Council of Peel, MCP, commends the heroic acts of the congregants who subdued and held the attacker down for police to arrive. MCP... 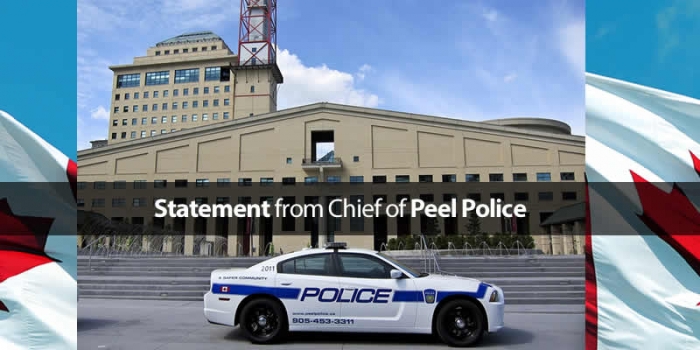 Message from Chief Jennifer Evans: November 17, 2015 Good morning, In light of the tragic events in Paris relating to terrorism/radical incidents and the adverse effect it has had in...